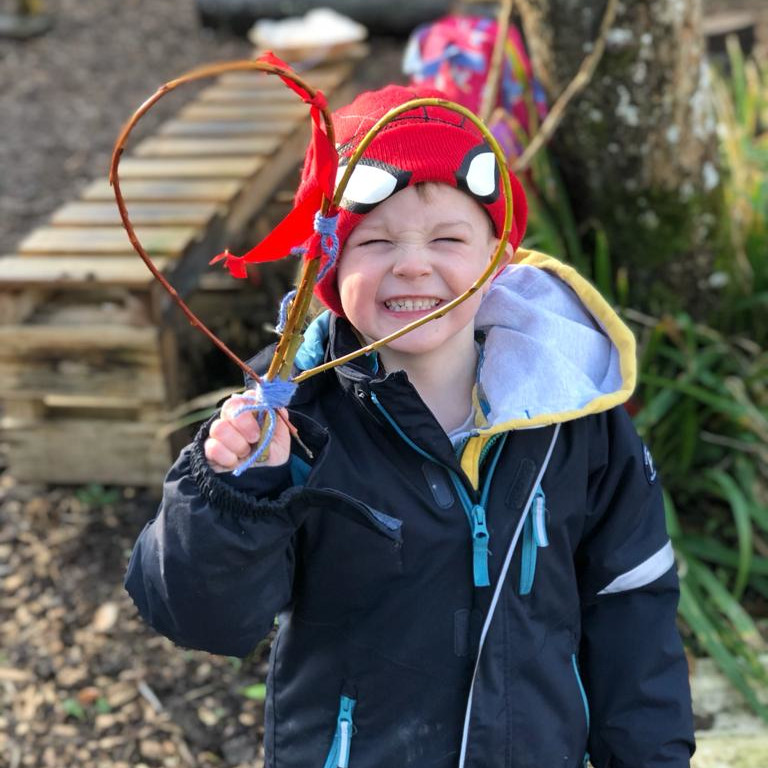 Year 6 boy, struggles to maintain in school, has been visiting Orchard Forest School over the last two weeks with a year 4 teacher.

The agreement is we work with a group of 10 year 4 children from the same school whilst the teacher works 1-1 with the year six boy, giving him something positive to engage with.

Year 6 child arrived, quiet, declining hot chocolate but followed instruction from the teacher and loaded and unloaded a wheelbarrow full of old stone walling. Started creating the base of our pizza oven.

Lad remained engaged with his task but very little verbal engagement other than with his teacher.

On meeting with the minibus in our forest school car park I pulled the same year six child aside whilst the others were getting their wellies on.

I explained that I needed to get a large branch down to the orchard which would mean manoeuvring safely by teamwork. I asked the lad if he was up for the challenge, of which he accepted.  We explored together how best he might be able to move the branch and explored safety aspects of manoeuvring it about, across the driveway and along a windy woodland path.

I explained to the rest of the group that the year 6 lad would be taking lead on this challenge and would be instructing volunteers.

Year 6 child was able to give instruction and get two other peers into appropriate positioning to enable transporting this large branch safely.

Year 6 boy reflected that he could have probably moved the branch himself (which would practically be impossible due to the weight and length) but he also acknowledged that by having other peers with him made the task easier.

Throughout the session year 6 lad accepted two hot chocolates with marshmallows and you could visibly see the joy on his face whilst drinking them.

After the session ended, I went up to the year 6 child and asked him how the sessions were going for him and how he was feeling (It’s worth noting that during this session the year 6 lad was visibly sweating with the pace of hard work he was undertaking.) Year six lad responded to my question by looking me straight in the eye and almost moving in closer to my gaze and said “this has been the best day of my life.”

Picture this… ten year 4 children sawing, creating, laughing together, building dens and toasting marshmallows in front of the year six lad!  However, the year six lad reflected that moving rubble in wheelbarrows in rain and mud was actually the best day of ‘his’ life.

If you would like to support this fantastic community project, please have a look at our crowdfunding page. 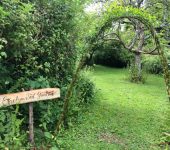 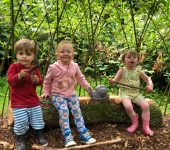