We have recently been successful in gaining some funding from the Royal British Legion .

This funding will form the basis of a new military family support and parenting initiative, and we hope to work in partnership with other agencies providing support to forces families.

Getting this funding has been a bit of a journey really, a bit of an eye opener and has taken a fair bit of time and research and involved numerous drafts and resubmissions with input from several team members.

The germ of the idea started 2 years ago when we had a young mum turn up at one of our parenting groups who had been in the army and admitted that her diagnosis of PTSD had seriously impacted on her ability to parent effectively.

This led to us setting out to find out more about the impact of military service on family life.  The best way to do this we felt, was to listen to people.

So, we visited families across the bay and beyond and heard a huge variety of stories. We heard from dads who struggled to get work after leaving the army, military wives who were isolated and didn’t know anyone in the same situation, men who had become so used to military life they struggled to integrate back into civilian life. People who had relationships break down as a result of military service and long periods away from home. It seemed like the tip of an ice berg really and something we felt needed to brought to the fore.

We also needed to find out a lot about what’s going on locally and began talking to other agencies such as Help For Heroes, and Combat Stress, as well as trying to find out more about the local Military Covenant in Torbay.

It seemed to us that there was quite a lot out there, but perhaps not many agencies were focusing on the impact of military service on parenting, and we also got a sense of not really knowing how to access support or start the conversations, several people said if they had known about support sooner it would have helped. We hope with our new funding we can engage people from the local military community to get in touch with each other, access more specialist services and activities in the community, and get involved in discussions about parenting and family life.

We also hope to have a voice on the local military covenant and get our services on the agenda.

As part of this project we will offer places on free parenting classes, and access to sea and forest school activities locally will be available, so watch the press for more info on this soon. 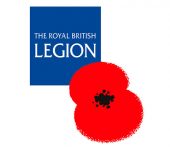